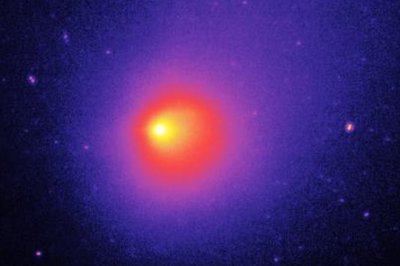 Comets are spectacular sights in the night sky. Despite their burning appearance, comets are actually made of ice, small rock particles, and dust. But comets, unlike meteors, are rarely seen in the night sky. Comets have different orbital periods, which can range from several years to hundreds of thousand years. Comets are classified according to the range of their orbital periods, namely long and short period comets. Short period comets are collectively known as periodic comets with orbital periods of less than 200 years.

Periodic Comets are often written with a prefix, which is determined after the second perihelion passage and some of the comets in this category are still unnumbered. The letter P written after the number indicates that the comet is periodic. Some comets have the same name and the prefixes are the only clues to determine that their orbital periods are different. Most comets are named after the people who discovered them and others take the names of those who calculated the orbital periods that some of them engaged in a lifelong career of computing these values. Comets that are considered periodic have already appeared to some observers on Earth and are expected to appear again after completing their orbital periods. The perihelion passage of comets in this category can now be computed with high accuracy.

Some of the most popular periodic comets that have appeared before the eyes of many enthusiasts of the night sky include Halley, Encke, Tempel-Tuttle and Swift-Tuttle. Seeing a comet is a once in a lifetime experience and many night sly observers look forward to seeing one in their own time.