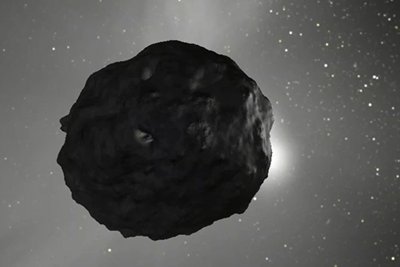 Outgassing is a process wherein gas is released through sublimation, evaporation and phase conversion. It is also simply described to as releasing solid gas. Offgassing, is similar to outgassing only that the latter refers to indoor air quality.

This happens in many areas, including environments, nature and other processes. However, outgassing in astronomy specifically refers to gases released by the earth and other terrestrial planets. The earth, for instance, releases gaseous products such as helium and carbon dioxide from the mantle’s magma, in the midst of crust formation.

Outgassing can be measured by comparing gas ratios in a planet’s atmosphere. In terrestial planets, several radiogenic substances are considered to be constant. Noble gas ratios can be affected by atmospherics escape processes. It is said that on earth, outgassing efficiency is at 30-70 percent. Lesser than this would translate to lesser water present in the earth’s surface.

The release of gases by volcanoes and rocks make up for the atmosphere it is today. It’s essential past, the release of greenhouse gases contributed to maintain warming of the earth, as the sun was incapable of producing much needed heat. Alongside evolution of all living things is continuous outgassing.

Comments - No Responses to “Outgassing”