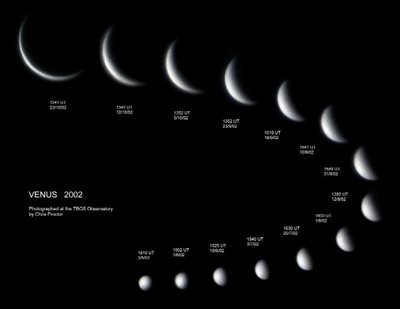 The distance of Venus from the sun as it orbits around is 108,000,000 kilometers (0.7 AU). It takes Venus 224.65 days to complete its orbit, which means a year on Venus is approximately 224.65 Earth days. While all planets’ orbits are elliptical, Venus’ orbit is the only one which is closest to circular. Its eccentricity is less than 0.01. When Venus is in the “inferior conjunction” position which it is when Venus comes between the Sun and the Earth, Venus becomes the nearest planet to approach the Earth with a distance of 41,000,000 km. Because the eccentricity of both Venus’ and the Earth’s orbits, the smallest distance between Earth and Venus during the “inferior conjunction” becomes bigger.

Venus goes in a clockwise retrograde rotation. The current rotation period of Venus is a state of equilibrium between the gravitational tides locking made by the Sun. This lessens the rotation rate as well as an atmospheric tide made by the heating of Venus’ atmosphere.

When Venus was first formed it may have had a different obliquity and rotation period. It changed to the current rotation period because of tidal effects and planetary perturbations on its atmosphere.

Venus takes 242 earth days to rotate on its axis, so a day on Venus is about 242 Earth days. This is the slowest rate of a planet in our Solar System. 243 earth days in Venus takes longer than a Venusian year which is 224.7 earth days. The sun also rises in the west and sets on the east in Venus.

Comments - 26 Responses to “Orbit and Rotation of Venus”