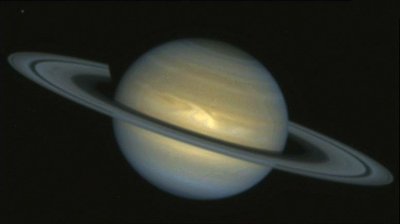 Saturn has an elliptical orbit and is inclined at 2.48°. The reason for Saturn not having a constant distance is it has an eccentricity of 0.056. This causes the distance between Saturn and the Sun to vary by 155,000,000 km between aphelion and perihelion. The aphelion is the most distant part of the planet along its orbital planet while the perihelion is the closest.

Measurements taken from the Pioneer, Voyager and Cassini probes gave Saturn’s rotation speed at 10 hours 32 minutes and 35 seconds. This is the latest measurement of the rotation of the planet to date. A day on Saturn will take anywhere from 10 hours 14 minutes to 10 hours 39 minutes, depending on the regions of rotation.

Comments - 37 Responses to “Orbit and Rotation of Saturn”