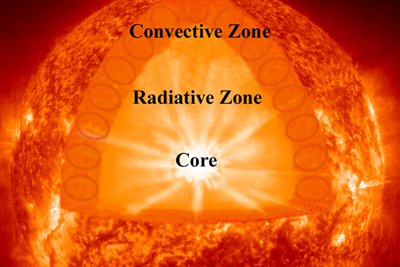 In science, Nuclear Fusion is defined as the combination or fusion of 2 atomic nuclei to form a new compound and also creating a heavier nucleus. In astronomy however, this is not only what is considered as fusion. It is also defined as the atomic reaction that pumps out stars, giving these celestial bodies the capacity to give off heat and light.

In Nuclear Fusion, not only do the two nuclei form a heavier and new chemical, it also releases a lot of energy and power, which makes a certain star have that much thermal and light capacities. In most stars, the fusion or this kind of chemical reaction happens when a certain hydrogen atom is to be turned into a helium atom.

Unlike nuclear fission, Nuclear Fusion has a variable power output. The amount of power released by a certain chemical reaction like this varies, and it has no limit as to what extent it can be able to produce.

Since stars are the powerhouses of a certain star system, the atomic collisions that happens in certain star’s core have tremendous outcomes and have high energy outputs, which is why a star has that level of intense heat and light.

Comments - No Responses to “Nuclear Fusion”