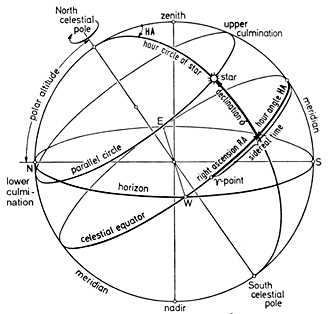 The focal point in the sky or the North Celestial Pole is where stars rotate or revolve from the northern hemisphere. It is also the exact point where the star constellation called Polaris or the Northern Star can be seen in full view. Furthermore, this is also the reference point in making sundials in the olden times.

When people go outside, especially at night, and try looking for the Polaris constellation, it is noticeable that the stars near this star formation revolve in an east to west direction, as to which, the northern star does not move in any manner, as time passes by during evening.

To make it short, the Northern Celestial Pole is a certain direction relating to our planet’s North Pole Projection. It has a 90 degree declination, or the distance near the celestial poles of the earth, in which case is the North and South Poles.

Also, this celestial point is vital since the sun, which is defined as a star, revolves around this particular point. Although our planet is close to the sun, the tilting of the Earth has little variation compared to the sun’s rotational axis, and is slightly away from our planet’s north celestial pole.