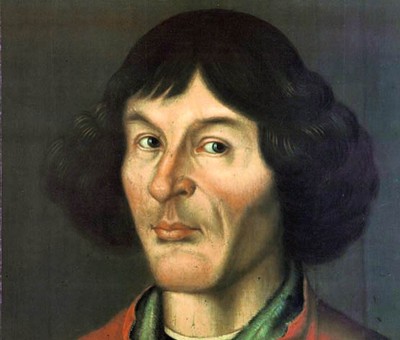 He is known as the father of modern astronomy. Who would not know the proponent of this very famous heliocentric cosmology? He is no other than Nicolaus Copernicus. This famous man theorized that the Sun is at the center of the Universe in which the Earth revolves around it. Prior to knowing his contributions, the best way to start would be to get to know who this man is.

Nicolaus Copernicus was born on February 19, 1473 in the City of Torun, located in Royal Prussia, which is part of Poland. His parents were Nicolaus Copernicus, Sr., a merchant and Barbara Watzenrode, daughter of a leading merchant who moved from Cracow to Torun. He is the youngest among the four children. He has a brother, Andreas, an Augustinian canon, and two sisters Barbara and Katharina, who are a Benedectine nun and a wife of a businessman and councilor in Torun, respectively. Marriage seemed not to cross his mind, sad that he didn’t have his own kids; however, he took care of the five kids of his sister Katharina until before his death.

When their father died, they became under the protection of Lucas Watzenrode, their uncle. Copernicus enrolled at the University of Cracow, where courses in Mathematics, Astronomy and Astrology were offered. Later on, since his uncle has been successful in his profession, he was given an administrative position just one level below the bishop. Copernicus was influenced to study Canon Law at the University of Bologna and there he lived with Domenica Maria Novara, an Astronomy professor. In here, he made his first astronomical observations which gradually paved the way to the establishment of his name in Astronomy. He studied at the University of Padua, but unfortunately was not able to earn a degree in medicine; nevertheless, he earned a doctorate degree for Canon Law at the University of Ferrara. Years after, he became so much interested in Astronomy and performed studies in his own. On his Commentariolus, an essay he wrote, he presented his :Heliocentric Theory”, as well as the assumptions this theory is based.

He had a book which was entitled De Revolutionibus Orbium Coelestium or On the Revolutions of the Celestial Spheres. A few of the assumptions that he has stated in there includes that the center of the Earth is not the centre of the Universe, as that is the center of gravity and lunar sphere; all the spheres revolve about the sun as their midpoint, making the Sun as the Center of the Universe. This book, divided into six parts was published only after his death on May 24, 1543. His death was due to apoplexy and paralysis.

Indeed, Copernicus left a legacy in the field of Astronomy albeit rejections from the Catholic Church. From generation to generation, his works will be recognized and will be remembered.