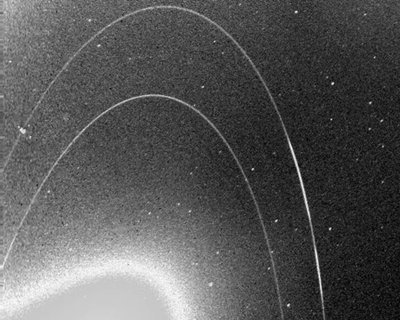 Unlike the rings of its neighbor Saturn, Neptune’s rings are faint and less dense. Even the densest of the five rings of Neptune pale in comparison to the less dense rings of Saturn. It is comparable to Jupiter’s rings that are mostly made of dust particles. These five Neptune rings were discovered by the Voyager 2 in 1989 and has been studied by astronomers ever since.

The Neptune rings are named after the five scientists that contributed most in the study of the planet:

Comments - 3 Responses to “Rings of Neptune”