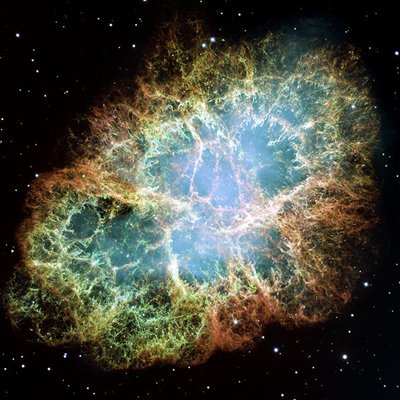 The word “nebula” comes from Latin which means “cloud.” It is apt, because nebulae (the plural of nebula) look like clouds of gases. Nebulae are made up mostly of hydrogen and helium gases, plus plasma and dust. These clouds are believed to be the birthplace of stars.

There are many kinds of nebulae, often determined by the gases that make them up and how they appear to observers on earth. One type is the diffuse nebula, which has no definite shape and no definite outlines. Another type is the emission nebula, made up of plasma or ionized gas, and emitting multi-colored lights. An example of an emission nebula is the Eagle nebula. Yet another type is a planetary nebula, such as the Cat’s Eye Nebula. This is thought to be composed of the shells of “dying” stars called white dwarves.

A very fascinating type of nebula is the dark nebula, an example of which is the Horsehead Nebula. This kind of nebula is extremely dense, with very thick clouds that block out the light behind them and stars in the background. Aside from those mentioned, some famous nebulae are the Crab Nebula or M-1, M-57 which is a Ring Nebula, the Cygnus Loop, and the Orion Nebula. These are fascinating objects in the sky that can be watched through a telescope.

Comments - No Responses to “Nebula”