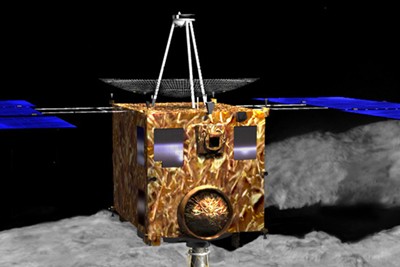 On May 9, 2003, an attempt to launch a spacecraft aimed to investigate an asteroid was attempted by the Japanese at the Kagoshima Space Center. The asteroid was feared and suspected to collide against the earth, and it was the mission of Mu Space Engineering Spacecraft C, or MUSES-C to investigate the possibility, and to bring back samples such as rocks.

It was the third of the series of spacecrafts developed, hence the C, or the third letter of the alphabet. The first of the series was a lunar space demonstrator, known as Hiten, while the second was a radio astronomy satellite, known as HALCA. MUSES-C was renamed Hayabusa, a Japanese term for falcon, shortly after its launch.

The spacecraft was designed to withstand impacts from bodies such as asteroids. It was also designed to retrieve samples shortly after the collision using its reentry capsule and bring them back to the earth after the mission. Aside from bringing back samples, the project also aims to further investigate the birth of the solar system. For years, the only attempt to solve the galactic mysteries is through the records of the moon.

However, asteroids are small enough to be preserved records of celestial fossils, believed to be remains of the formation of the solar system. A sample brought back by the Hayabusa can provide information about the origins of the solar system’s construct. Hayabusa has been successful in retrieving a sample from an asteroid named Itokawa, and studies that will be derived from it, however small the sample is, will greatly help in solving the mysteries of the origins of the universe.

Comments - No Responses to “MUSES-C”