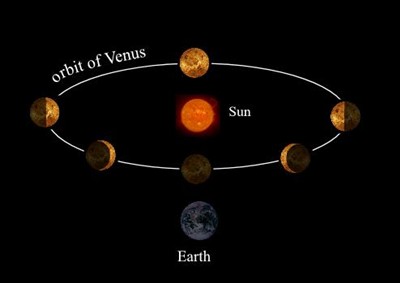 For hundreds of years, ancient travelers have relied on a guiding star to locate their destination. In moments which they perceive themselves lost, they only need to literally look up to a star just to find their way. Imagine their disappointment if they only knew that their guiding star, isn’t actually a star. The morning star is actually the planet Venus, as most stars twinkle at night because of the gases they emit, this heavenly body is seen as omnisciently bright, minus the twinkle. It is the next brightest body in the sky right after the sun and moon.

In this context, Venus is aptly named after the Roman goddess of love and beauty, by far one of the most prominent and brightest personalities in mythology. Most of the time, the morning star can be viewed east of the Sun, moments before sunrise, thus its name. Alternately it is called the evening star moments before sunset, wherein it can be seen west of the sun. Its lucidity is due to both its reflective ability and relative distance to the sun. The planet is enveloped with clouds of sulfuric acid, with high activities of volcanism. Its terrestrial characteristics make it impossible for living conditions, and although it cannot sustain life, the morning star has served well as guide for travelers aplenty.

Comments - No Responses to “Morning Star”