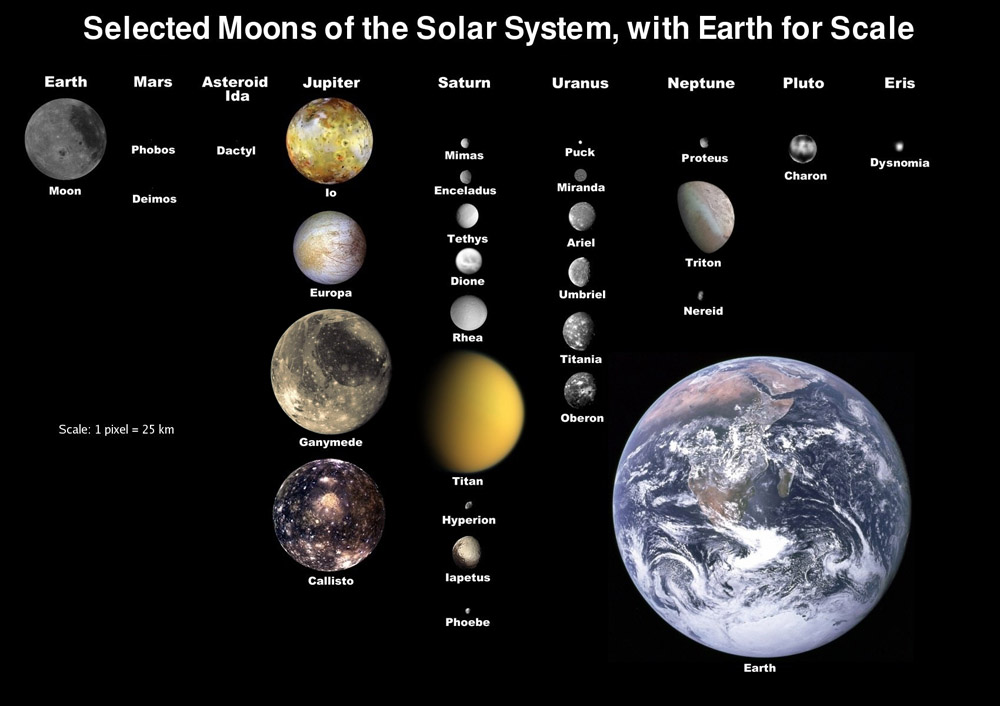 The heavenly body that brightens evenings isn’t the only moon there is. At the same time, the Earth is not the only planet with a celestial body orbiting around it. A moon is a natural satellite, and its main task is to orbit a planet, or other forms larger than itself. The moon we see isn’t unique, as there are 240 identified moons in our solar system alone, 163 of them orbit planets like the Moon orbits the Earth.

Unlike the Earth however, some planets, such as Venus and Mercury, have no moons. There are two ways for a planet or a gigantic celestial formation to have natural satellites. Regular satellites are on prograde, or minimally distant orbits, and are believed to have originated from the same mass from which the large planet it orbits is made.

Irregular satellites on the other hand are those that orbit its planet in a distant, even eccentric way. These are believed to be a product of a collision of two planets. The Moon orbiting the Earth is truly unique, for while it has the characteristics of a regular satellite, it originated from the impact of a proto-planetary collision. The Earth’s Moon is among the solar system’s largest natural satellites, and because it is in a synchronous rotation, people have and will only see one side of it.