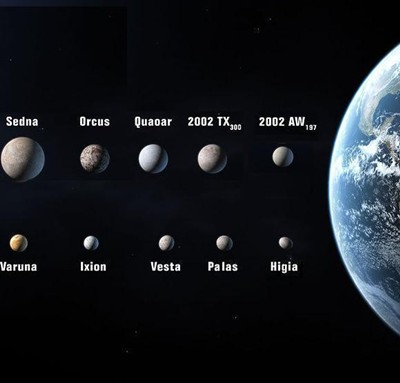 Although planets are known as celestial bodies that are of greater magnitude in comparison with other forms such as asteroids and comets, there are more specific categories that depict each planet according to size. There are interstellar planets, those which are not bound to any star but orbit the galaxy; extra-solar planets, or planets outside the solar system; planets, by which the Earth is a part of; and dwarf planets, a term adopted in 2006. Aside from this classification, the solar system is comprised of the following: 8 major planets, minor planets involving planetoids and asteroids, meteoroids, and comets.

Minor planets, along with comets, are classified as dwarf planets or small solar system bodies. A minor planet must be in direct orbit around the Sun and is ellipsoidal in shape, thus massive enough to be shaped by its own gravity, but not enough to clear a surrounding region. So far, there are five minor planets acknowledged in the solar system, namely Ceres, Eris, Haumea, Makemake, and Pluto. The latter is the best example there is, as Pluto is only two-thirds of the size of the Earth’s moon, and has only a fifth of the Moon’s mass. However, there are at least another forty unnamed minor planets within the Solar System.

Comments - No Responses to “Minor Planets”