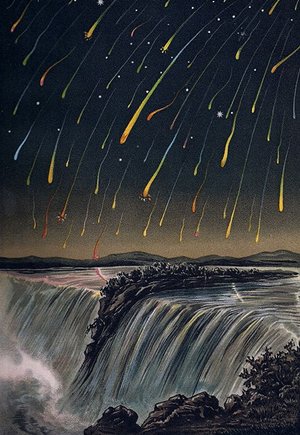 People from all walks of life may not agree on most things. But it is assumed that they do agree on the beauty of the sky, especially on a clear night. When you chance upon a meteor shower, you look up in awe in its beauty. But when you come upon a meteor storm, you may have second thoughts and may think that the world is at its end.

What are meteor storms?

Meteor storms are intense meteor showers. They may seem to radiate from just one point in the sky because the particles travel parallel to each other. Most meteor storms and showers are named after the constellation where they are nearest.

There are two particular meteor showers a stargazer should take note of:

The first would be the Perseids. It is the most regular and most visible of all the showers and is associated with a specific comet (the comet Swift-Tuttle). They peak between August 9 and 14 of every year and is said to have been observed approximately for the past 2000 years. The pre-dawn hours would be the best time to see them.

The second would be the Leonids and is claimed to be the most spectacular meteor shower. Connected with another comet (the comet Tempel-Tuttle), the meteors appear to radiate from one point – where the constellation Leo is. They say that the Leonid showers turn into a storm approximately every 33 years. But recent storm activity belies that theory as the last Leonid meteor storms were recorded in recent years: one storm in 1999 and two each for the years 2001 and 2002.

A meteor storm occurs unexpectedly. So should you be packing your bags for a meteor watching outside the city, be alert and scan the sky from time to time so that you won’t miss it.

Comments - No Responses to “Meteor Storm”