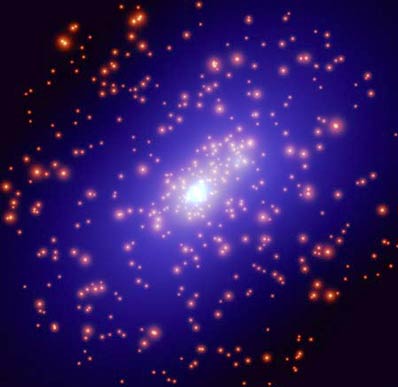 Just like the parsec (an abbreviation for Parallax of one arcsecond) and kiloparsec (equivalent to 1,000 parsecs, or KPC for short), the megaparsec (or MPC) is a measurement unit that is used in astronomy to measure the great, vast distance between galaxies in intergalactic space. It is said that one parsec is equal to about 3.3 light years. So if one megaparsec is equal to one million parsecs, then that’s about 3.3 million light years away.

The mega parsec was said to have been first used by the international scientific and astronomical community in the year 1920. In reality, astronomers cannot use the normal units of measurements such as meters and square meters as the measurements would be too big a number. For convenience, astrologists looked for a way to emphasize a great distinction in measurements, especially if you’re talking about measuring galaxies or clusters in space.

Using earth-land measurements for distances in space is simply mind-boggling, to say the least. Let’s say that a parsec is about 30 trillion kilometers. Roughly converted to miles would give us an approximate value of 19 million trillion (is there such a thing?) miles. Though unimaginable, it gives us the idea that the earth may be big, but the distance in space is definitely immense.

Comments - No Responses to “Megaparsec”