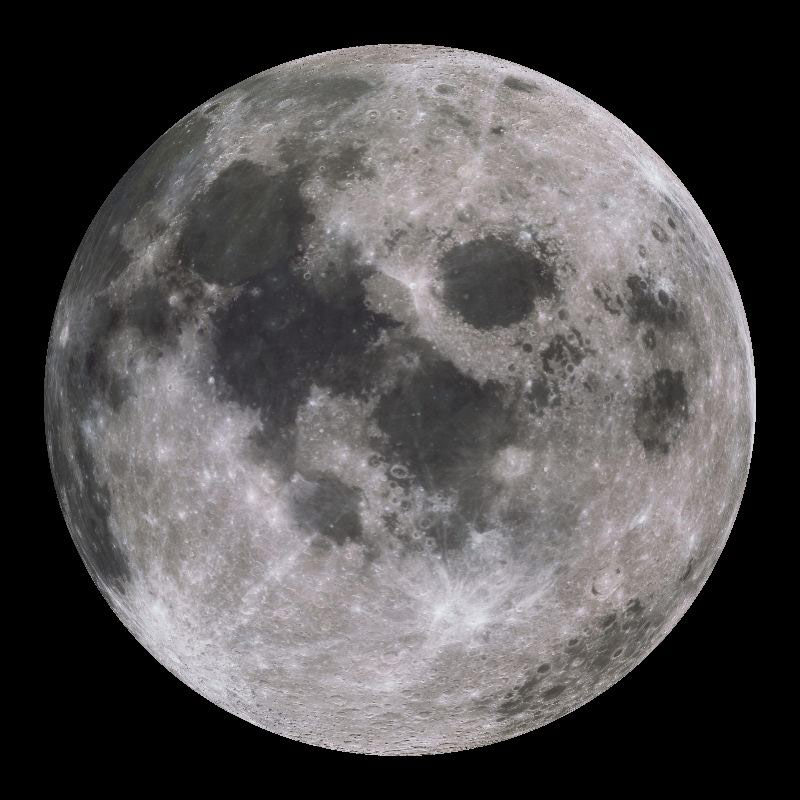 The mass of the moon, which is the Earth's only natural satellite, is about 7.4 x 1022 kg. While the moon is the solar system's fifth largest satellite, its mass is 1/4 that of Earth, which makes it the biggest when compared to the body that it orbits. The moon and sun appear to be the same size when observed from Earth, although the sun is much larger.

Interestingly, although the moon appears perfectly uniform in size from where we are, its mass is not evenly distributed. Instead, beneath several of the moon's basins, there are concentrations of mass known as Mascons. Because of the way that the moon's mass is distributed, any spacecraft set to orbit the moon is prone to problems with orbital stability.

Due to its lower mass, the moon's gravity is 1/6 that of the planet Earth. That means that those who have explored the moon (12 people in all) were not able to walk on its surface the way that people are able to on Earth. Although it looks different from the Earth–its color and lack of vegetation being the most striking differences–the moon and the Earth actually share the same composition. This has led many scientists to believe that our satellite was at one time a part of the planet itself.

Many people think that the moon is just another planetary body, but it actually serves an important purpose. Because the Earth is not perfectly round like a ball (it is more oblong in shape because part of it is flattened), it wobbles slightly on its axis. The moon helps to stabilize this wobble, which has also helped to stabilize Earth's climate. This effect on the weather is thought to have helped facilitate the formation of life on Earth. The gravitational pull of the moon also contributes to the ocean's tides.

Comments - 2 Responses to “Mass of the Moon”