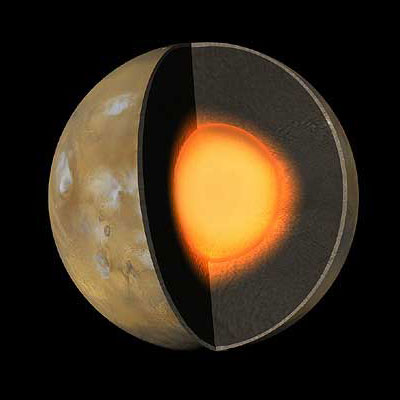 To illustrate these characteristics, Mars density is similar to that of the Earth’s moon. Mars is just 4/5 of the earth’s density.

Mass is what makes up the object while weight is the force which gravity pulls you down towards the center of a planet. In this case, if you were to stand on Mars, you may weigh less but your body mass will remain the same.

The force of gravity on Mars is even smaller than it is on Mercury! Mercury is the smallest planet in the Solar System but it denser than Mars. Size and density is not interrelated in such a way that one would be affected by the other.

Comments - 9 Responses to “Mass and Density of Mars”