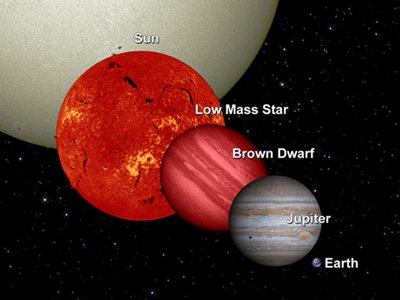 Jupiter is the largest planet in the solar system. The mass of Jupiter is 2.5 times larger than all of the planet’s masses combined. Its diameter is eleven times larger than that of the earth. Despite this the Earth is significantly denser than Jupiter. This is because the volume of Jupiter is equivalent to 1,321 earths but is only 318 times more massive. Other objects in the solar system particularly the extra-solar planets are measured with “Jupiter Mass.”

Because of these theories, it is implied that Jupiter’s current size is the largest such a planet with that kind of composition can become. Hypothetically speaking if Jupiter does increase in mass the shrinking of the planet will continue until stellar ignition occurs. Some astronomers believe that Jupiter was a “failed star.” This is an assumption though, as it is still unclear whether the formation of stars have the same as the formation of planets. Jupiter produces as much heat as it receives from the Sun.

Comments - 13 Responses to “Mass and Density of Jupiter”