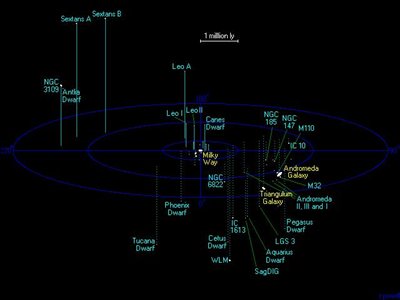 The galaxies in the Local Group may soon become the indicators that we are not alone in this universe. Scientists and astronomers are continuously searching for evidences of life in these galaxies.

Comments - No Responses to “Local Group”