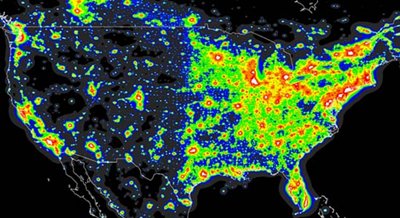 Pollution happens during the production of artificial light. There are several scientific meanings of Light pollution. These include:

All these refers to the introduction of man-made structures that produce artificial light.

What light pollution does is that it reduces the visibility in the evening sky. It does not allow people to appreciate the beauty of the heavens. It also disrupts astronomers in their study of space. Such pollution is known to distract existing ecosystems not to mention negative health effects.

This type of pollution is one of the consequences of the industrial revolution. As cities become more and more urbanized, one may observe a heightened degree of Light pollution. This is a very dangerous predicament in our ever-developing world.

What is Light Pollution?

Comments - One Response to “Light Pollution”