The length of a year on any given planet is determined by how long it takes for that planet to make one revolution around the sun. Since every planet travels at a different speed and has a different orbital path in regard to size and shape, the length of a year can vary greatly from planet to planet. If you had lived on a different planet your whole life, then you would be a different age due to the orbital differences. Listed below are the planets year lengths in earth days from shortest  to longest. 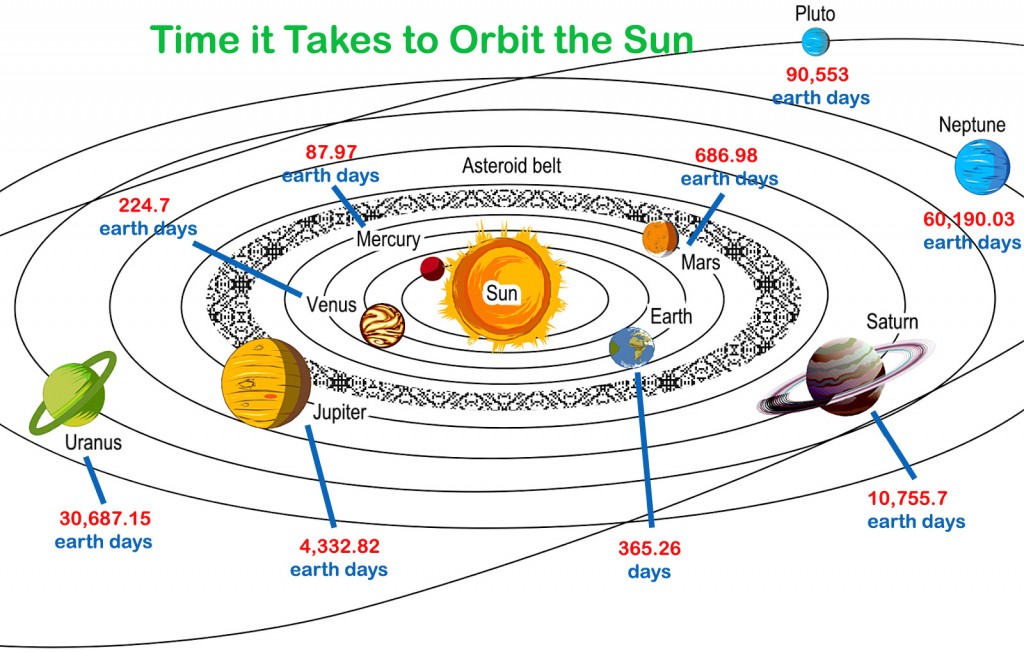 1. Mercury: One year on planet Mercury takes just 87.97 earth days. This means that if you are 15 years old on Earth you would be 62 years old in Mercury years.

2. Venus: It takes 224.7 earth days for Venus to travel once around the sun. If you are 15 years old on Earth, this would make you 24 years old in Venus years.

4. Mars: Planet Mars goes around the sun once every 686.98 earth days. Hence, a 15 years old from Earth would actually be almost 8 years old in Mars years.

5. Jupiter: The planet Jupiter travels around the sun one time every 4,332.82 earth days. This would make a 15 year old from earth be barely over 1 year old in Jupiter years.

6. Saturn: Saturn goes around the sun once every 10,755.7 earth days. If you had lived 15 years on Earth, then you would be a little over half of one year old in Saturn years.

Comments - No Responses to “Length of Year for Planets in Order”