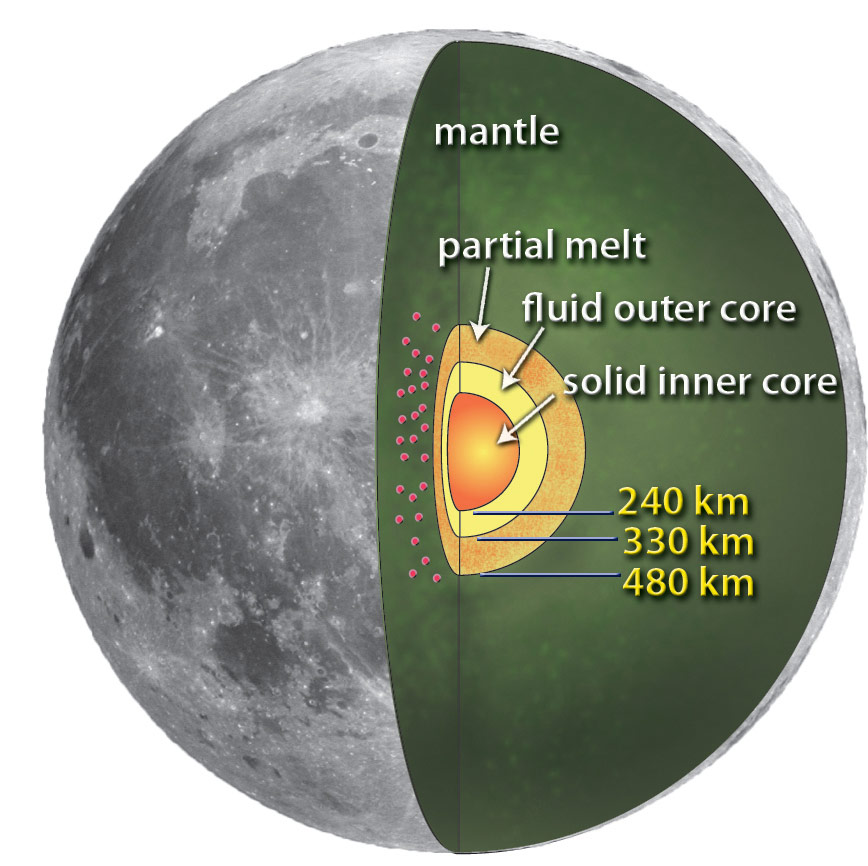 Just like the earth, the moon has layers. There are three distinct layers of the moon namely the crust, the mantle, and the lunar core.

The crust is the outermost layer of the moon and it consists of a dusty outer rock layer which is known as the regolith. The regolith is a rocky layer that looks like broken concrete which has been blasted apart and fused back together. The crust is approximately 37 miles in thickness on the side which faces the earth and approximately 62 miles on the other side. The rocks found on the crust are almost the same as those found on the crust of the earth. The only difference is the fact that the rocks have more aluminum and titanium than those found on earth. The moon's crust also contains some magnetism like the crust of the earth. Studies show that this layer mainly comprises of silicon, iron, magnesium, oxygen, calcium and aluminum.

Mantle
This is the layer between the core and the crust of the moon. The mantle is divided into two parts. The first layer of the mantle is the rigid lithosphere (upper mantle). This layer of the moon is estimated to be 620 miles in thickness, and it is not hot enough to flow.

Comments - 5 Responses to “Layers of the Moon”