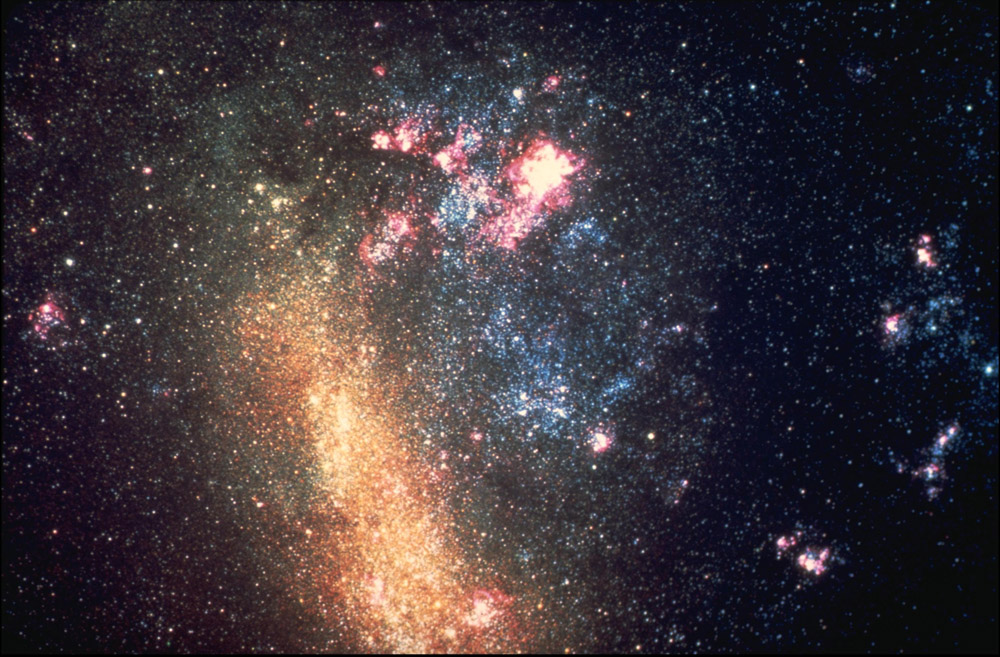 The Large Magellanic cloud is basically a dwarf galaxy that lies about 150,000 light years away from Earth. It is currently the third closest discovered galaxy from earth right after the Canis Major and Sagittarius Dwarf galaxies.

The Large Magellanic cloud is about 10 percent of the load of the Milky Way galaxy. It also contains close to 10 billion stars. These characteristics make this galaxy one of the biggest in the local cluster of galaxies, following the Milky Way and Andromeda.

The Large Magellanic cloud is also known as a very shapeless and erratic galaxy, as it does not possess the usual spiral form that is observed in other galaxies. It has been said that its shape was distorted a long time ago.

An interesting fact about the Large Magellanic cloud is that in order to see it, you do not necessarily need a telescope or observatory. This galaxy can in fact be seen without help. It is seen as a very light cloud especially at night. It is near the constellations of Mensa and Dorado. You can get a closer look a pair of simple binoculars.

Another nice piece of trivia is that this galaxy was actually named after Ferdinand Magellan, who first circumnavigated the Earth, and also saw the clouds while on his journeys.