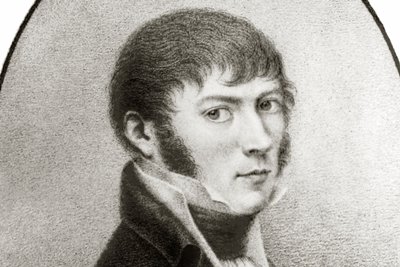 Not everyone has it easy. Though everyone can attest to that, not everyone has really lived its truth. Take for example one of the greatest contributors to astronomy and optics, Joseph von Fraunhofer. Born 1787, it only took ten years till he was completely an orphan. Not only did he lose both his parents by the time he was 11, but he had also lost most of his brothers and sisters too. Before his father died, however, he had left his son much experience and interest of being a glazier. It was almost as if Joseph was born into his calling.

Young as he was, there was no time to rest. Without family, he is taken as a student by a glazier named Weichselberger, who was based in Munich. It seems like a string of unfortunate events for Joseph, because not only was he immersed in his responsibilities for his glazier apprenticeship, he also had to do some extra work after hours for his teacher. Weichselberger spares his young student no love, and even forbids Joseph from attending Sunday school and reading books!

As much as distraught this life seemed to be for Joseph, he had never lost the initiative to learn. Later on, he will be rescued from a horrific accident by a future king, who would not only serve as a somewhat father figure to Joseph, but also someone who will allow him access to explore his knowledge. Fraunhofer then would perfect his skill, such as discovering the most precise optical glass there is. He also devised what is known to astronomers as the German mount, a particular type of telescope mount. Aside from developing exceptional optical instruments, he is also known to have exposed the Fraunhofer lines or absorption lines in the spectrum of the Sun.

By the age of 36, he held the title Professor at the Physics Museum in Munich. Three years later after gaining that honorary title, Joseph von Fraunhofer died of tuberculosis. Though he died so young, Fraunhofer’s work will forever remain a legacy as his outstanding contributions are still efficient to this day.