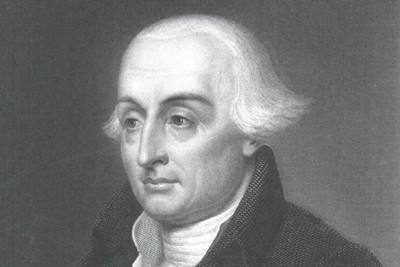 Joseph-Louis Lagrange is a French astronomer and mathematician who became famous around the world for his compilation of observations called the “Mechanique Analytique (Mechanical Analytics)” during the 17th century.

Lagrange was born Giuseppe Lodovico Langragia in the remote town of Turin, Italy. Although his origin is in Italy, he spent most of his life in his father’s French ancestors home while residing in Germany. In 1787, Lagrange decided to move to Paris from Berlin to become an active member of the Astronomical French Academy. The academy considered him as a French and Italian astronomer and mathematician. Lagrange was a survivor of the French Revolution and the first professor of astronomy and analysis at the Ecole Polytechnique in 1794. The great Napoleon gave Lagrange the distinction of being a member of the “Legion Of Honor” in 1808.

In 1754, Lagrange became one of the founders of the “Variation Calculus”. He thoroughly worked on the minimizing and maximizing of “Tautochrone Functionals” under the field of mathematics. In 1756, Lagrange wrote a letter to Leonhard Euler. The letter contained his discovery called the “Algorithm”. Lagrange’s letter to Euler paved way for the “Euler-Lagrange Equation” which combines Euler’s early mathematical analysis and Lagrange’s variations in algorithm.

In 1766, Euler left Berlin after Frederick of Prussia wrote a letter to Lagrange. The letter contains Frederick’s impression towards Euler and Lagrange’s study. He became a constant favorite of the great Prussian leader. After Euler’s death in 1786, Lagrange accepted King Louis XVI’s offer to move to Paris. He declined the other invitation from Naples and Spain. In 1785, he was appointed by the Ecole Normale as head of the Society of Mathematics. Prior to his promotion at the Ecole Normale, Lagrange accepted the job of conducting lectures at the Ecole Polytechnique.

In 1810, Lagrange reworked the Mechanical Analytics but was only able to complete the first three revision chapters due to his death in 1813. He was buried in Paris Pantheon which serves as a historical relic and tourist spot in France today. Lagrange spent his last years as active member of the Bureau Institute of Longitude and Imperial Order Reunion.