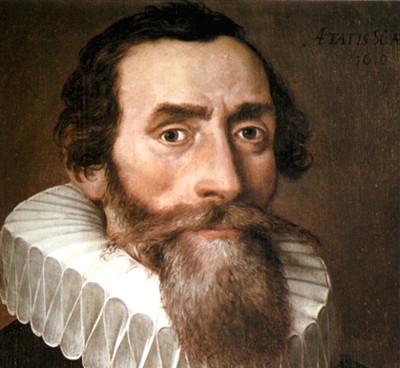 Johannes Kepler was born on December 27, 1571 and his birth marked contributions in the field of Astronomy no one could have fathom. At the Free Imperial City of Weil der Stadt where he was born, his grandfather ruled as the town?s mayor. He was neither borne a rich or noble man, for his father, Heinrich who left them when he was five. His mother, Katharina Guldenman, was a healer and herbalist who later on engaged in witchcraft. Johannes was said to have been born prematurely; nevertheless, he displayed a skill in mathematical problems.

This exceptionally gifted-man, at an early age, manifested interest in Astronomical activities such as the Supernova in 1577 and a lunar eclipse in 1580. It has to be taken into account that Johannes had chickenpox when he was still young and that impaired his vision and hands such that it also limited opportunities to engage in astronomy?related activities. Nevertheless, this did not hinder him to be responsible for some contributions in Science.

Kepler was able to study at the University of Tubingen through the help of the duke. There, he learned languages, Mathematics and Astronomy. One of his professors in Astronomy is Michael Mastlin who, at that time, supported the Copernican theory, which was then widely accepted by most people. Later on, he pursued Theology and establishment commitment to the Christian faith. Years after, he was asked to teach Math in Graz, Austria.

The position that was offered to him required him to do land-surveying and calendar-making. During that time, Astrology was given regard such that people are made to believe that their lives depend on the stars. Kepler published a book sometime in 1601 which gave way to the rejections of superstitions. He negated that people?s lives depend on the stars. He also studied the long term accuracy of astrology as such it was recorded that trusting on astrology alone would entail risks.

Johannes Kepler is widely known due to his Laws of Planetary Motion. This had three laws which made use of Tycho Brahe?s observations in his further analysis. For his personal life, he had two marriages with Barbara ? an arranged marriage; second was with Susanna ? for practical purposes of taking care of his kids. He died on November 15, 1630 because of a fever, but he left theories and writings that have contributed so much to Science.