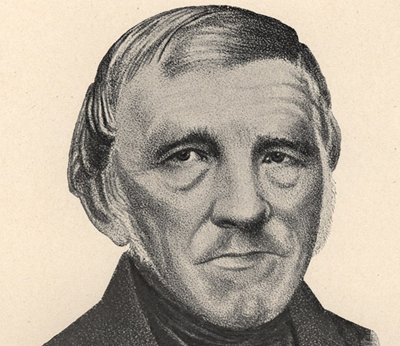 During the 1700s-1800s, the Germans seemed to have a flair for producing what would be the world’s renowned set of astronomers to have ever lived. One of them is Johann Franz Encke. Born in September 1791, this man of nobility and many awards was not only a mathematician and astronomer, but once in his life, he had also been a lieutenant of artillery in 1815. A year later, 1816, most likely showing potential regarding his excellent knowledge and observation skills, he is hired in an observatory in Seeberg by a well-known German figure. Another year later, he receives his first award, the Cotta Prize, for completing his study of the 1680 comet.

Encke distinguished himself for his scrutiny of short period comets. Though a French astronomer had discovered Encke’s Comet, it was named after Encke for having predicted its return accurately. Similar to this, though an American astronomer had discovered the particular gap on Saturn’s A and F Ring, it was named in Encke’s honor due to his observations of the Rings. One of his many credentials include being a professor in the University of Berlin, became the director of the Seeburg observatory where he used to work as an assistant and because of his prediction regarding Encke’s Comet, the Royal Astronomical Society has awarded him a Gold Medal and he also became the secretary of the Academy of Sciences. Johan Encke had contributed a lot to astronomy literature. One would think that his marriage to Amalie Becker, who was a daughter of a bookseller, might have given him a huge advantage with regards several of his works.

When Encke was not teaching at the University of Berlin, he was busy observing asteroid activity. By 72, due to a horrid brain disease, he had been forced to take a back seat from his active lifestyle. But he is a man not to be stopped, for he still remained a director of the Berlin observatory till his death. Johan Encke clearly depicts a man who has been completely devoted to his passion. In the world of astronomy, he is a name worthy of remembrance.