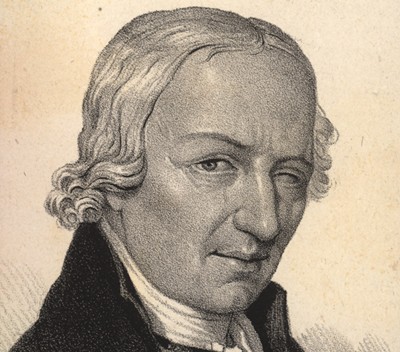 Johann Elert Bode is one of the greatest German astronomers famous for his “Titus-Bode Law” that became significant in determining the orbit from Uranus. Bode was born in Hamburg. His father, Johann Jakob Bode, worked as a merchant. During his childhood years, he suffered from an eye disease that caused blindness in his right eye. Unlike the rest of the astronomers, Bode never had formal schooling yet his father introduced him to merchandising.

Bode’s interest in astronomy, mathematics and geography started in 1765 when his father’s personal physician Heinrich Reimarus introduced him to Johann Busch, a professor of mathematics from Hamburg. With the help of Busch, Bode wrote and published a book entitled “Bode 1766”. Bode started conducting formal studies in astronomy and mathematics at an early age of 19. Among his early notable observations includes the “Venus Transit” in June 1769 and “1770 Comet”. In 1768, Bode published his second book entitled “Instruction for The Knowledge of the Starry Heavens”. The book was released in multiple editions. The second edition of the book contained thorough observations on the “Empirical Law of Planetary Distance” which was initially revealed by J.D Titus. Bode applied some of Titus’ conclusions and finally named it as the Titus-Bode Law during the late 17th century.

Bode went to Berlin in 1772 after accepting the job of teaching math and astronomy at the Berlin Academy of Sciences. The academy’s astronomy head and Berlin Observatory Chief Director Johann Bernoulli became impressed with his interpretation on the calculations of the “Schlesien Calendar” by Christine Kirch. He worked with Christine’s great grandfather Gottfried Kirch and Lambert for the foundation of the “German Astronomical Yearbook and Ephemeris” in 1774.

In July 1774, Bode married Johanna Lange, a close relative of the Kirch family. Lange died after giving birth to their fourth child. In 1783, Bode married Sophia Dorothea, Lange’s oldest sister. Bode married Charlotte Lehmann after Dorothea’s early death. He retired from the Berlin Observatory in 1825 after four decades of serving under the directorial position. A year after his retirement, Bode died in Berlin at the age of 79.