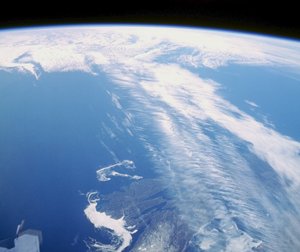 If you?ve seen the movie ?Finding Nemo?, you?ll remember the scene where Nemo?s dad Marlin and his new companion Dory get directions to Sydney from a school of moonfish and ride the East Australian Current with a group of sea turtles. That ocean current is very much like a jet stream; only it?s high up in the air, located between the troposphere and stratosphere (the first and second layers of the earth?s atmosphere).

A jet stream is a band of fast-flowing air at very high altitudes flowing generally from west to east. It can either be a polar jet or a subtropical jet, depending on how close to the polar caps or equator it is. Pilots during World War II first discovered its existence in the atmosphere when they were slowed down very severely while flying. Now, pilots know enough to go with and not against a jet stream so they can travel faster through the air. They may start, stop, split into multiple paths, rejoin, or go in a totally different or even opposite direction, but as long as they follow the path of the jet stream, they should not have any trouble at all with flying.

Why is it called a Jet Stream?

Comments - No Responses to “Jet Stream”