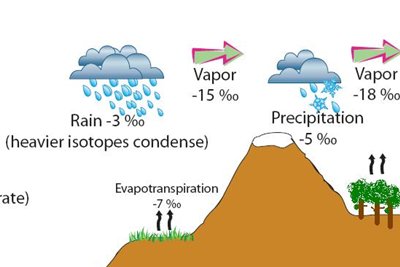 It was in 1913 when a radio-chemist named Frederick Soddy first suggested the existence of isotopes. He noticed that the periodic table of elements only allowed for 11 elements ranging from uranium to lead. However, several types of atoms which differ in radioactive properties can still occupy the same place in the table.

“Isotope” is Greek for “at the same place” and this term was suggested to Soddy by Scottish physician Margaret Todd the next year after he shared his ideas with her. The name defines itself’isotopes are atoms which have the same atomic number or the same number of protons but not neutrons. The mass number or the total number of nucleons in the nucleus is therefore different, because this is the sum of the number of protons and neutrons.

Carbon, for instance, has the atomic number of 6 because of its 6 protons, but not all carbon in and on the earth has the same number of electrons. There are carbon-12 and carbon-13, among others, and these two isotopes have the mass numbers 12 and 13 respectively. The next time you see the name of an element with a hyphen and a number following it immediately, that’s an isotope, and the number means the number of neutrons it has.

Comments - No Responses to “Isotope”