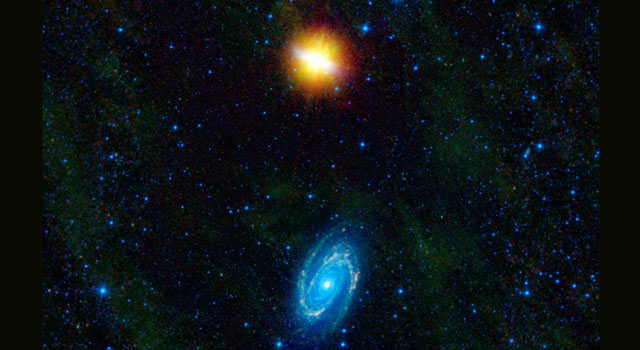 The word intergalactic in astronomy may mean different things. It can be associated to travel, mediums, or space itself. From the word itself, the prefix ?inter-? means in between or across, and ?galactic? means galaxy. Basically, the term means between galaxies, and it may be an interaction or other activity when two galaxies meet and come in contact, either direct or indirect.

When people say intergalactic travel, it relates to science fiction that travel between galaxies or planetary systems are possible, and aliens exists, though this kind of fictional travel can become a possibility in the near future.

Intergalactic space on the other hand, is the physical and real space or distances between neighboring galaxies. As to spaces between galaxies, the spaces between clusters of galaxies are called voids.

Another word associated to intergalactic is the star. This is said to be a certain star that does not belong to a particular galaxy. It is also a much heated topic between astronomers in the recent times and is also thought to have been the result of colliding or interacting galaxies.

Lastly, intergalactic mediums are the x-ray type gases the spreads across and between galaxies. With so much heat and high temperatures, it is only one of the hottest environments known across the universe.

Comments - No Responses to “Intergalactic”