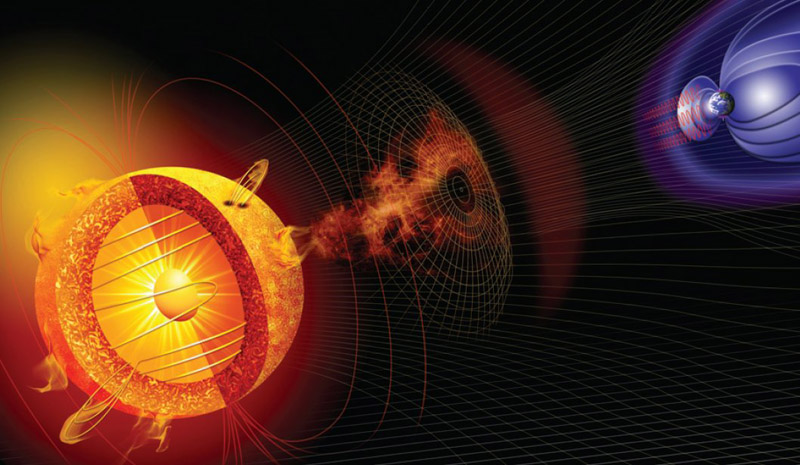 To better understand how old the Sun is, it is important that we learn what a star’s life cycle is like. The Sun is a star and stars have life cycles that depend on their masses. The Sun starts off as a super giant cloud that is made of cold molecular hydrogen. A passing star, a shock wave or a passing supernova can trigger this giant cloud to collapse. When this happens, the gas and dust that composes this giant cloud get collected together to form a single mass that would then turn into the Sun.

It would then spend most of its life quietly and slowly eating up the hydrogen in its core. This would take billions of years. By the time it’s 7 billion years old, it will slowly become cooler and bigger and when it reaches 10 billion, it would have changed into one huge red giant whose atmosphere could stretch all the way up to where the earth is.

So how old is the Sun? It is about 4,600,000,000 years old. Yes, that’s more than four and a half billion years. It is expected to live on for another several billion years so we shouldn’t be expecting any surprises in our lifetimes. It has another four or five more billion years before it fully uses the fuel its core.

Now, you might be asking, how exactly did the astronomers determine the age of the Sun? And how did they do it with such accuracy? It is quite simple actually. They look into the meteorites that have fallen all around this planet of ours. They collect these fallen rocks and study and analyze them back in their labs and voila, the age of the Sun is known. They make use of a technique they call radiometric dating. It is of course a thousand times more complicated than how we describe it here but you get the idea.