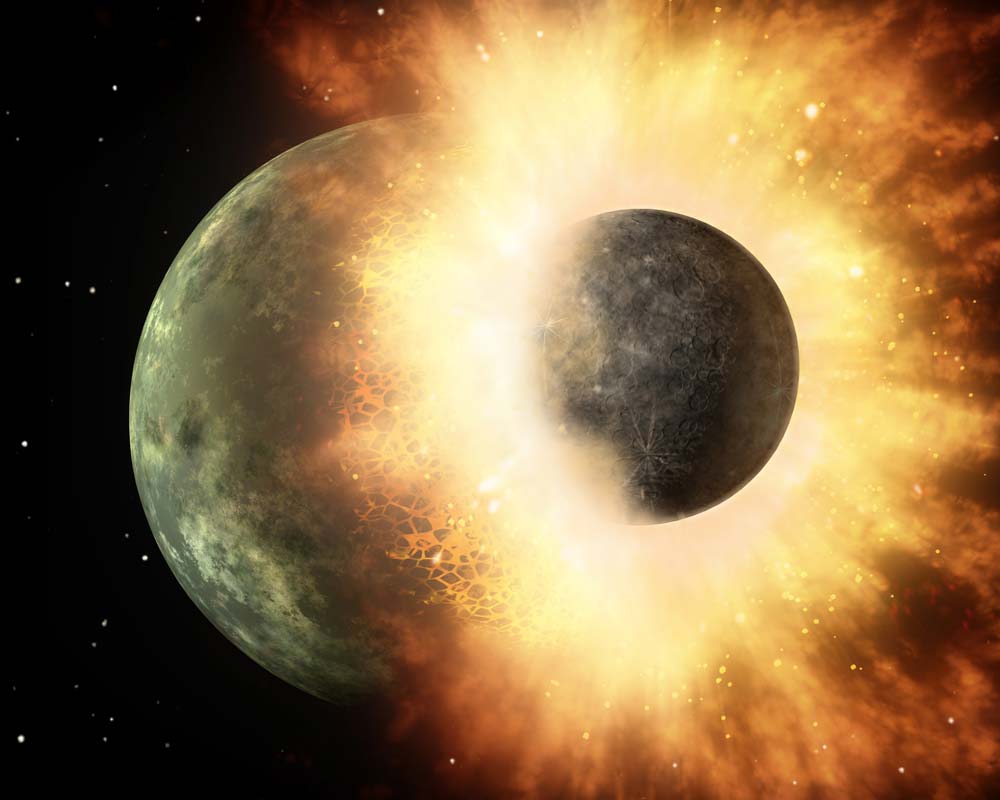 Although the formation of the Moon is still a mystery, most scientists believe it was formed at roughly the same time as the rest of our solar system. The most widely held theory is that the Moon was formed approximately 4.5 billion years ago when a planet sized object about the same size as Mars crashed into the Earth sending a huge glob of molten debris into space. As this molten chunk of debris orbited Earth over the next several hundred million years, it cooled and solidified into what is now the Moon.

The age of the Moon can be estimated by examining rocks that were brought back by the Apollo missions which landed on the Moon. Evidence that the Moon was formed by a giant collision between the Earth and another proto-planet can be found in lunar rocks which have almost the identical oxygen isotopes as those found in terrestrial rocks. This fact supports the hypothesis that portions of the Moon originally came from Earth.

The widely accepted age of the Moon is based upon radiometric analysis of lunar rocks. This technique analyzes naturally occurring radioactive isotopes in lunar samples against their decay properties. These decay properties are based on nuclear physics and are a known quantity which can be precisely measured. Of the moon rocks brought back by the Apollo missions, the oldest ones have been dated to 4.36 billion years old, suggesting that the Moon might be up to 200 million years younger than previously thought.

The fact of the matter remains, that as dating techniques are modernized and fine-tuned, many of the older theories about the Moon’s formation have been reexamined and many experts simply do not agree on the exact age of the Moon. Current wisdom does agree that the Moon was once part of Earth and broke away during an ancient collision with another large planetary body. The Moon is therefore thought to be approximately the same age as the Earth, about 4.53 billion years old.

Comments - No Responses to “How Old Is The Moon?”