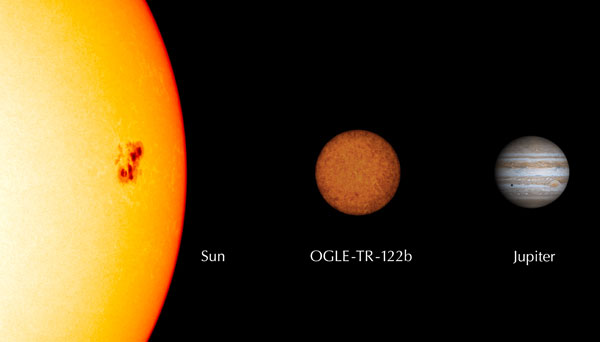 The sun is definitely huge compared to other objects in the solar system. It is big enough to consume all the planets inside it. It even makes up 99% of the entire mass of the solar system.

The mass of the sun is 1.9891 x 1030 kg. Making it simple, imagine that it is 333 000 times the mass of the earth. The sun’s diameter is 1.4 million kilometers while its circumference is around 4.4 million kilometers. That will make 109 earths side by side to match sun’s diameter. Even Jupiter, the biggest solar planet with a diameter of 142 600 kilometers wide will is still small to match that of the sun.

The sun’s total surface area is 6.1 x 1018 square meters. It makes 11 900 Earths. The total volume of the sun is 1.4 x 1027 cubic meters which will make 1.3 million earths to fit inside. Do you think it will be crowded? No, there will still be enough space to accommodate several times the other planets too.

With the following figures in consideration, that will make the sun a very huge heavenly object. However, in comparison to other stars, it is just small. Remember that our sun is a dwarf star. Although it is huge enough in consideration to other solar objects, it is not that big when compared to other stars. Some stars such as the Betelguese is older than the sun and it is 500 000 000 kilometers wide making it 500 times bigger than the sun.

A general fact about the stars is that they get bigger as they get older. The sun has just consumed about half of its life and it is theorized that as it gets older it will become bigger and eat up the inner planets including the Earth. However, it is also theorized that by that time, no life form, even human life is still existent on earth due to what is called the Second Big Bang.