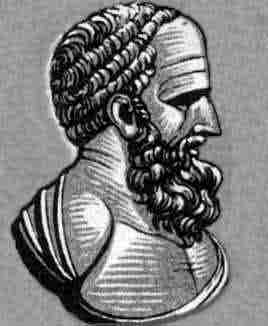 Hipparchus, a famous Greek mathematician and astronomer, was born in 190 BC in what is now Turkey. He may not be as famous today as Euclid, Pythagoras and other Greek luminaries, but during his time, he was greatly renowned. His mathematical achievements were considered exceptional by his contemporaries and many future generations. Simply put, he was a legend, and his face adorned coins that were in circulation for many decades in that period.

Hipparchus holds the distinction of developing trigonometry. He made what is arguably the earliest trigonometric table. This table provided an effective method to solve trigonometric problems. Hipparchus was also the first person to bring to Greece the idea of dividing a circle into 360 degrees.

In addition to trigonometry, Hipparchus also excelled in calendrical and astronomical studies. He made a star catalogue that continued to be used for a long time by future astronomers. It consisted of no less than 850 stars, with all their positions and movements accounted for. Hipparchus also made very accurate calculations of the solar year and the equinoxes. They were so accurate that the difference between his calculated year length and its present-day equivalent is less than 6.5 minutes.

Another valuable contribution of Hipparchus was his discovery of precession, which has to do with the axis of earth’s rotation. Hipparchus was able to prove that the direction of this rotation changed slowly in time. This was significant in astronomical studies. It gave rise to two different kinds of year: the sidereal and the tropical.

Hipparchus also studied the moon and its motions. He was able to calculate with great accuracy the distance of the moon from the earth. He made use of empirical data and shrewd mathematical calculations to come up with his measurements.

Overall, Hipparchus managed to transform astronomy from being a largely theoretical study into a practical and predictive science. He demonstrated that careful observation and mathematical calculations, when combined, could predict the movements and positions of stars, the earth and the moon.

Clearly, Hipparchus was a mathematical and scientific genius. In his honor, a lunar crater has been named after him, the Crater Hipparchus. Another crater on the planet Mars also bears his name.