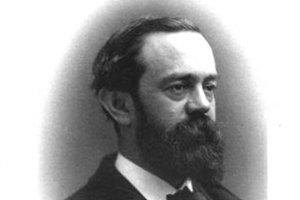 If there’s one photographer to be acknowledged as one of the best in the realm of astronomy, one of the strongest contenders would be Henry Draper. Like other brilliant astronomers in history, Draper delved into various scientific disciplines at a very early age. He grew up being trained by his scientist-father in taking pictures of microscope slides, an activity that inspired him to pursue medicine as a career.

Medicine, however, was not enough to satisfy Draper’s hunger for intellectual and technical challenges. He continued to dabble in photography. This pursuit led him to several groundbreaking astronomical achievements during his time—achievements that were also initially ignored and ridiculed because of the lack of technological means.

Draper did not stop with comets and stars. He also took excellent photographs of many other heavenly bodies including the sun, the moon, Venus, Mars, Jupiter, and other bright, distant stars.

Needless to say, the scientist also toiled hard to develop camera technologies that would enhance the quality of astronomical photos. Credited under is name is the invention of the slit spectrograph, an instrument that could measure the properties of light. This invention opened new horizons in the field of photography and related areas like instrumental optics and telescope science.

As a dedicated scholar, Draper also wrote and published a number of books regarding his work on medicine and astronomy, among them his discourses on telescope design and photo spectrum analysis.

Draper died in 1882, but his works significantly changed the landscape of astronomy. Sure, there was a serious limitation in technologies during his time, but he worked hard to come up with evidences and become one of the seminal forces that inspired younger generations of astronomers to continue the quest in discovering heavenly bodies and cracking open the mysteries of the outer space.

Comments - One Response to “Henry Draper”