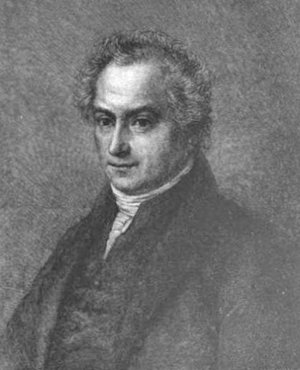 Have you ever stared at the starry sky and wondered, how can the dark sky be so dark when all the stars are so bright? And if you recall correctly, isn’t the universe studded with stars even bigger than the sun? Believe it or not, this argument already exists! It is called the Olber’s Paradox, described in detail by Heinrich Wilhelm Matthaus Olbers, better known as Wilhelm Olbers.

Born in Arbergen, Germany on October 11, 1758, this man took his love for the heavenly bodies to the next level. For instance, even if he was busy studying medicine and a mathematical course, he was still devoting himself to his passion. When he was 21, he knew that even comets have orbits and he even came up with a technique to calculate them and he did all that while waiting beside a friend’s sickbed. So not only was he the guy who was obsessed with stars, but he was a pretty good friend too! It is probably good karma, considering that this method developed by Olbers is still used up to this day! Never sleeping for more than four hours everyday, it is no surprise that Olbers discovered two asteroids Pallas and Vesta. He also played a huge role in the redetection of the planet Ceres by 1802. Thirteen years later, 1815, Olbers at 87, finally had a comet named after him, truly marking his place in the world of astronomy. Clearly, this man, who has turned his attic into an observatory for his studies, is more than remarkable, truly, one of the most devoted astronomers to have ever lived.

Though anyone might assume that Olbers spent his time just gazing up on the sky, he spent his days being a good, productive citizen. Not only did he become part of a legislative body in France from 1812-1813, but earlier that year, he was also delegated to play a part in the baptism of Rome’s king by 1811. A man for the heavens and a man for the world. Wilhelm Olbers is one astronomer that definitely made a difference in his entire lifetime.