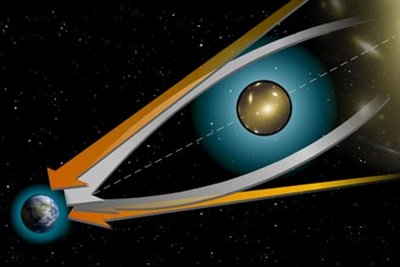 The stars you see at night can possibly be illusions, or that they are not as many as they actually are. This happens through a process called gravitational lens or gravitational lensing. It is also one of the consequences of Albert Einstein’s general theory of relativity.

In 1937, scientist Fritz Zwicky postulated that big objects such as globular clusters or galaxy clusters can act as gravitational lenses. But it wasn’t confirmed until 1979, when the so-called ‘Twin QSO’ SBS 0957+561 was observed.

Comments - No Responses to “Gravitational Lens”