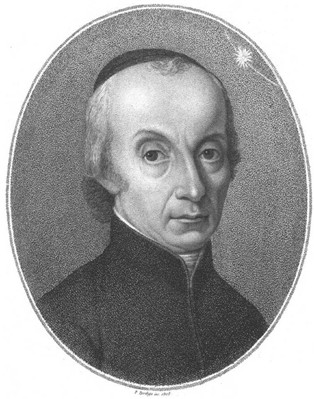 Guiseppe Piazzi is an Italian astronomer, mathematician and priest. Piazzi is famous for his “Osservatorio Astronomico di Palermo” or “Palermo Astronomical Observatory” in Italy. Piazzi was born in the rural town of Ponte Valtellina, Italy on July 16, 1746. However, his childhood years are not revealed.

Piazzi became a resident of the Andrea Del Valle in Rome. During his stay at the Andrea Del Valle, Piazzi attended a series of mathematical lessons at the Giovan Battista Beccaria. In July 1770, he became the Chairman of Mathematics at the prestigious University of Malta. After his 2-year chairmanship, Piazzi left Malta and moved to Ravenna town to continue his lecture in Mathematics and Philosophy at the Collegio Dei Nobili. In March 1781, he finally decided to move to Palermo to serve as Math lecturer at the Accadamia Regj Studi or famously known today as the University of Palermo.

Piazzi became a professor of Astronomy at the University of Palermo until January 1787. Because of his notable experience in conducting lectures on Math and Philosophy, Piazzi was granted by the Italian government to undergo astronomical training programs in London and Paris. During his two-year stay in two European cities, he created the Palermo Astronomical Observatory. From 1787 – 1789, Piazzi worked with some of the greatest English and French astronomers to study the “Altazumical Astronomy Circle” by instrument maker Jesse Ramsden. The circle was the most significant instrument Piazzi used in the Palermo Observatory.

In 1817, the great King Ferdinand appointed Piazzi to take charge of the Capodimonte Observatory completion. After the completion, Piazzi became Ferdinand’s General Director for Sicily and Naples Observatories. Prior to the king’s appointment, he successfully discovered the “Ceres” or “Asteroid Belt” in January 1801. According to Piazzi, the stellar objects situated along the asteroid belt moved against the stars’ background during its appearance in the sky. He named the asteroid belt, “Ceres Fernandia” after King Ferdinand IV of Sicily and Naples.

Five decades after Piazzi’s death, the 1000th asteroid was presented by several Italian astronomers. The “Lunar Crater” was named in honor of Piazzi’s contributions.

Comments - One Response to “Giuseppe Piazzi”