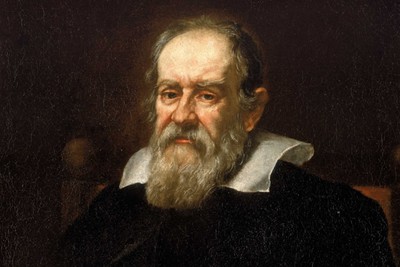 This man whose complete name is Galileo di Vincenzo Bonaiuti de? Galilei was born in Pisa, Italy on February 15, 1564. He was the eldest among the six children of Vincenzo Galilei, who was then a composer and music theorist, and Giulia Ammannati. He had a relationship with Marina Gamba to whom he bore three kids, but the sad part is that they never got married. Tracing early college days, he originally wanted to pursue priesthood, but due to the request of his father, he enrolled at the University of Pisa for a medical degree; however, he didn?t continue it and pursued Mathematics instead.

The first person to make use of the Telescope was Galileo. He made this to study the heavens. During this time, he wanted to show to the Church what could be seen on the Telescope, the Church refused, as they believed that it might be the Devil who lets him see anything on it. Through this device, he was able to see Sunspots or dark patches on the Sun and that its motion indicates the Sun is rotating on its axis. Are you familiar with the Galilean Moons? These are the four brightest moons of Jupiter that orbit around the planet Jupiter. On the other hand, he also stated that the planet Venus has undergone complete phase same as that of the Moon. He also made observations which oppose findings of other astronomers.

He claimed that the planets were disks, the Milky Way was composed of very big stars, and Saturn had ?ears? as he recognized those, but they were actually rings, and the Moon was not smooth as it had craters. Aside from his contributions in the field of Astronomy, he also had for Physics, which had something to do with the Laws of Motion and Inertia, which was continued by other astronomers, and Kinematics which states that the total distance is proportional to the square of the time. It is also essential to note that he has gone blind most probably after many times he studied and looked at the Sun through his telescope.

There had been arguments between Galileo and the Church for opposing and challenging Aristotelian theories of the Universe. This had put him into a dilemma and was obliged to take back all he had supported and put him under house arrest. Likewise, he was accused of being guilty for heresy. It was believed that this Science hero died of natural causes on January 8, 1642.