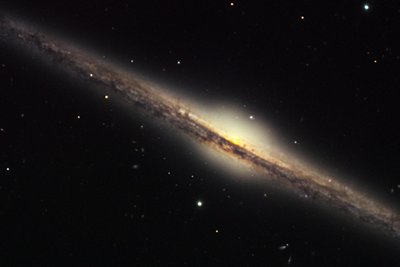 In defining a plane, you can describe it as a flat two-dimensional surface. But how could a not perfectly co-planar Milky Way have a plane? Galaxies are normally irregular in shape. In space or in a galaxy, a plane is described as where most of the galaxy’s mass lies. It is then called the galactic plane. And perpendicular to it are the galactic poles. The poles are then named north, if it is above the galactic plane and south if it is below.

Galactic planes are calculated based on 1,000 light-year thickness of stars. Astronomers, to get more detail of a galactic plane, draw a line from the sun to the galaxy’s center. From there, coordinates are measured within the galactic plane. From those measurements, you can have the longitude and the latitude.

Comments - No Responses to “Galactic Plane”