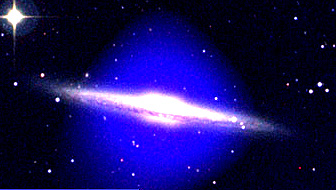 Galaxies are surrounded by a nearly spherical region of scattered stars known as Galactic Halo. A halo is a massive component of a galaxy that is several times greater than the mass of the rest of the galaxy. It can extend beyond a distance of 100,000 light years from the center. The galactic halo surrounding the galaxy Milky Way where the Earth is located has a radius of about 50,000 light years or equivalent to 5 x 1017 kilometers. 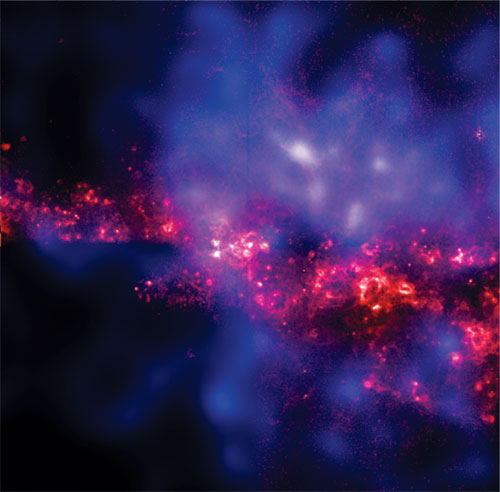 What makes up a galactic halo? The inner and visible portion of the halo is made up of globular clusters, old individual stars and other Population II objects. These objects contain little amount of heavy elements not present in newly formed universe. There are also some clouds composed of Hydrogen and Helium gases. The bulk of the mass is known as the dark halo or the extended halo containing a large amount of dark matter.

Because dark matter does not radiate brightly to be observed, its presence was revealed only through its gravitational interaction. For this reason, everything about its nature is still under study and about to be discovered. Although astronomical studies suggest that it is composed of small unseen bodies called Massive Compact Halo Objects (MACHOs) and Weakly Interacting massive Particles (WIMPs).

Comments - No Responses to “Galactic Halo”