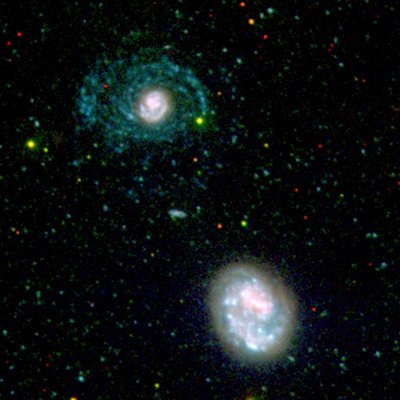 If you take a look at some photos of the galaxy, like our very own Milky Way, you may see that there is a region where most of the stars lie mostly and bulge. It is known as a galactic disc. It is flat and it is where stars from the ordinary to the biggest and brightest lie. The reason why you can see most of the stars in a galactic disc is because it is where star action takes place. Star action means star formation.

Spiral arms are the main feature of a galactic disc. These arms go from the center point of the galaxy then encircle the disc to its outermost edges.

Different galaxies may have different number of spiral arms. It could be four or more. For Milky Way, most likely it has two.

A disc?s spiral arms have the greater density and are not stationary. They are moving! It is constantly spinning. It happens when there is a momentum between gas and dust. If these components collect together, formation of new stars occur.

In all directions of the galactic disc, there are gushes of stars. It surrounds the disc everywhere! These are the traces of small galaxies torn by gravity.

Comments - No Responses to “Galactic Disc”