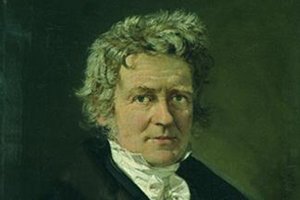 In 1784, Germany, one of the greatest astronomers was born. Friedrich Wilhelm Bessel, better known as Friedrich Bessel, was a young man who was determined to grasp all the knowledge he can from this world. Though he was not necessarily aiming for the heavens yet, he was eager to explore the challenges beyond land. By 14, he was already preparing for his life at sea. Young as he was, he knew that knowledge was power, and started learning stuff a normal 14-year-old wouldn’t study. Though geometry does not sound overboard, how about adding astronomy, navigation, mathematics and two languages to the list? This alone depicts Bessel as a very serious and dedicated intellectual.

During this phase, Bessel had been struck by the peculiar knack for measuring the positions of stars. Later on, the first usage of parallax to compute a change of a star’s location as a result of the earth’s orbiting around the sun will be accredited to him. His first major attempt was basing his studies on a previous astronomer’s observations, particularly that of Halley’s Comet. He sends his work over to another German astronomer who bears a similar name like his, but is told to improve on his work. Taking Wilhelm Olbers’ advice, he doubles the effort and finally, he gets to publish. That is when he is recommended by the same superior to take an apprenticeship at the Lilienthal Observatory. After four years, he moves to Konigsberg Observatory permanently, but not as an assistant, but as a director. When he was 26, he taught astronomy at its university. Seven years later, he regulated the Bessel Functions, formerly discovered by a Dutch-Swiss mathematician.

Bessel proved to be such a devout astronomer that he even predicted Neptune’s existence after his death! After measuring the positions of 50,000 stars with accuracy and even taking note of the smallest motions of one star from another, Bessel has laid the fundamentals necessary for instituting the universe’s scale. Obviously, the sky is definitely not the limit. 1938, Finnish astronomer had named 1552 Bessel in Friedrich’s honor.