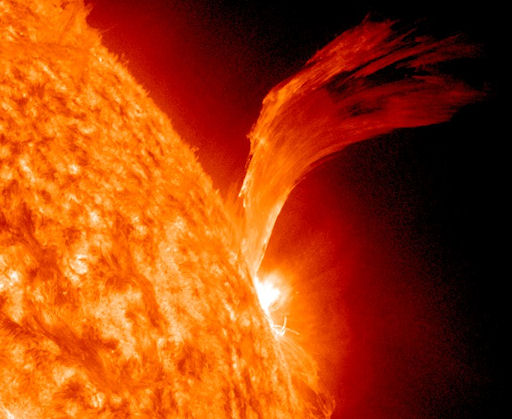 Solar flares are large explosions produced by the Sun emitting x-rays and UV radiation and disrupting long-range radio communications in the process. The correlation of solar flare to the appearance of more sunspots is not clear but scientists have observed that there are more flares when the Sun has more sunspots.

A first quarter flare is a solar flare occurring within the first quarter of the Sun?s 11-year cycle (solar cycle). While the solar cycle is mostly irregular (it can be as short as 9 years or as long as 14 years), it is still commonly divided into 4 cycles with each cycle having 2 years each; with the months varying because of the cycle?s irregularity.

Solar cycles have significant importance in astronomy. For example, predictions of solar flares are important for astronauts out in space. Changes in earth climate and space weather can also be attributed to solar flares.

A first quarter flare usually has less flux than succeeding ones with flares reaching their peak by the last quarter. Flares are classified according to their power and size, and are denoted in watts per square meter (W/m2). These classifications are A, B, C, M, and X; with A being the weakest and X being the strongest. A first quarter flare is usually classified as an A flare.