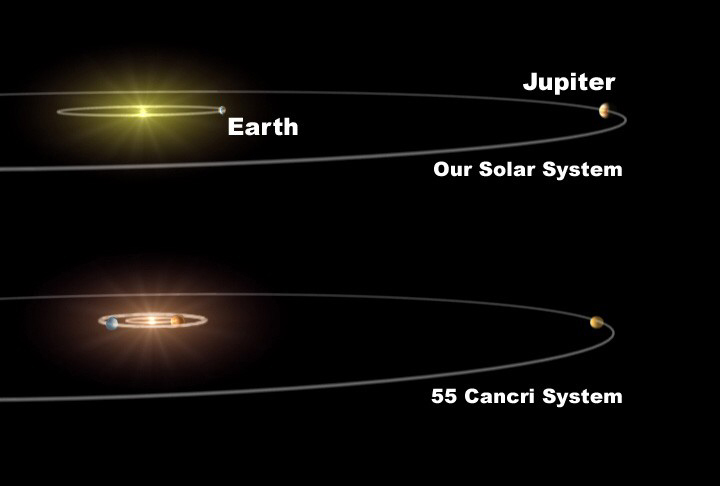 There are also several mid-sized lightweight planets, just a few times larger than our beloved planet Earth. Most extrasolar planets rotate around stars, but there are also planets that orbit around brown dwarfs and planets that do not orbit on any body at all, floating freely to space.

Astronomers have found two possible candidates that may hold extraterrestrial life: red dwarf planets Gliese 581 and Gliese 581 D. These planets have many Earth like qualities so possibility of life here is high. Because of this, scientists have sent a message to Gliese 581. Being 20.3 light years away from earth, the message is estimated to arrive by year 2029 and response, if ever there will be, will not come until year 2049.

Comments - No Responses to “Extrasolar Planets”