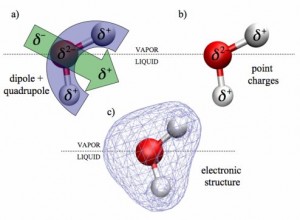 An Electron is the negatively charged subatomic particle. Electrons can be free, like those travelling in an electric current. They can also be bound to an elemental atom. The symbol generally used for this particle is ?e-.?

It is virtually weightless when compared to the protons and neutrons. Studies have shown that its weight is about 1/1800 of a proton?s weight. While protons are at the center or nucleus, electrons are spinning around the nucleus in their orbital.

The electrons also determine the energy of an atom, with their orbitals. If the distance of the electron from the nucleus is larger, its energy is relatively higher too. Valence electrons are those found on the outermost orbitals. They are the ones used for pairing or bonding with other atoms.

Free electrons, on the other hand, move freely by ?jumping? from atom to atom. In energy physics, the flow of free electrons is called current. In order to make them flow, an energy source or potential is required. The flow of these particles for a DC setup is from the negative pole to the positive pole.

Television sets and Cathode Ray Tube (CRT) monitors use electron flow for their displays. For each pixel, electrons are fired by a gun to vary the color and brightness. Space observations and telescopes also study the flow of electrons across heavenly bodies.