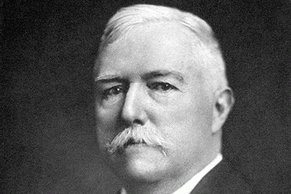 Edward Emerson Barnard was among the most talented American astronomer in history. He was otherwise called E. E. Barnard, and was highly respected because of his contributions to the study of the cosmos.

Barnard was born from a poor family, and unlike popular astronomers of his time, he did not have the opportunity to attend school. This however did not prevent him from getting involved in the world of cosmology. As a child he worked as a photographer’s apprentice, which eventually resulted to developing a fascination in astronomy.

A highly-gifted astronomer, Barnard learned to discover comets through his simple refractor telescope. This talent in observing heavenly bodies at one point became a high-paying job, and soon Barnard’s name became a buzzword among astronomical circles in Kentucky. In a span of 11 years from 1881 and 1892, the astronomer discovered a total of fourteen different comets.

Even if the technology of his time was very limited, Barnard was able to note observations which in the following decades would participate in proving modern astronomic concepts. For instance, in 1889, he affirmed seeing shadows that passed over one of Saturn’s moon. These, as spacecraft Voyager I proved years later, were the spokes of the planet, shadows that run parallel to Saturn’s rings. Barnard also discovered Amalthea, Jupiter’s fifth satellite. It should be noted that during that time, the last satellite of Jupiter was discovered nearly three centuries ago, in 1609.

Barnard pursued other cosmological projects related to his interest in photography. One of these works was a comprehensive catalog of dark nebulas, all of which systematically mapped out and recorded. The best of his discoveries, however, was a star system that he saw in 1916. This system, named the Barnard’s Star, is the second star system near the Sun, closing in next to the Alpha Centauri system. It was named after the scientist in recognition of his observation that that the system had proper motion that’s relative to other stars.

Barnard will always be known as one of the best examples of self-taught astronomers who succeeded in becoming a major player in a discipline of highly-educated professionals years ago.