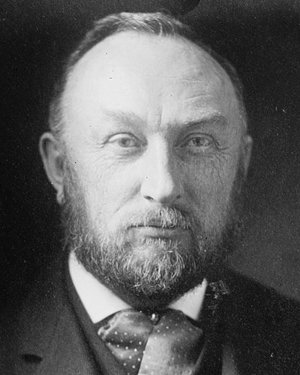 Edward Charles Pickering made significant contributions to the field of astronomy. His legacy is quite valuable that heavenly bodies have been named after him, among them a minor planet called Pickeringia.

Pickering was born in Boston and educated at Harvard University’s Lawrence Scientific School. His scientific endeavor included physics, and this made him a brilliant faculty member at the Massachusetts Institute of Technology for ten years. It also was in this school where he was able to spearhead the construction of the first physics laboratory for instruction in America.

Pickering’s interest in physics made it easy for him to specialize and flow into the field of astronomy. Soon he was appointed as chair of the Harvard College Observatory, a position that he held for more than forty years.

More than a dedicated scholar, Pickering was a leader who knew how to shake and move the discipline. He actively searched for ways to incorporate new technologies in photography with astronomy. He raised funds and built partnerships to realize major projects. He prepared a huge body of work for future scientists to use and make sense of. And most of all, he made sure that the public knew the significance of astronomy in the society.

One of Pickering’s best astronomic legacies was his in-depth and huge body of photometric work on more than 45,000 stars in space. To achieve such feat, he was said to have manually crafted more than 1.4 million photometric devices.

Ensuring the continuous development of the discipline, Pickering invited a group of young female astronomers to work with him, a group that would be called Pickering’s Harem. Its members consisted of the likes of Annie Cannon, Antonia Maury, Williamina Fleming, and Swan Leavitt. The discoveries that the group made were considered as the foundation of the modern theories on cosmological distances.

The last legacy of Pickering was the institution of the American Association of Variable Star Observers. In 1911, an organization that aimed to gather, evaluate, analyze, and share various star observations of astronomers, researchers, and scholars. The organization continues to exist until today, its current membership reaching to more than 2,000 worldwide.