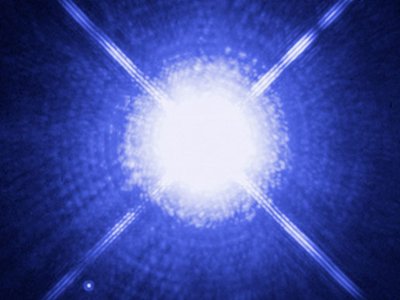 A dwarf star is the name given to stars whose mass is normal for its size. It is usually twenty times brighter than the sun and lie on the main sequence. Main sequence stars are stars whose energy is a result of nuclear fusion due to the conversion of Hydrogen to Helium. Such stars are typically intensely hot and bright. The sun is a dwarf star hence it is also a main-sequence star. There are several subclasses of dwarf stars based on the color they manifest which is mainly due to their condition:

White dwarfs, also known as degenerate dwarf, are dense stars that are said to have been remains of stars as hot as the sun. Its mass is similar to the sun while its volume is said to resemble that of Earth. It has stored thermal energy hence they appear hot and shining.

A black dwarf is a white star that has lost all its thermal energy and hence appears dark. However, this subclass of dwarf stars remains hypothetical as no black stars exist today. This is because the time it takes for a white star to fade to this state takes billions of years.
Red dwarfs are very common and constitute the vast majority of stars. They have low energy due to the slow rate of nuclear fusion mechanism.

Comments - No Responses to “Dwarf Star”